Guernsey Water have improved the wastewater catchment around St Sampson's Harbour, the project was one of the biggest in the utility's current 10 year business plan (launched April 2016) with an investment of £5 million.

The Reasons For This Major Investment

The water quality on both the north and south sides of St Sampson Harbour is sometimes an issue after very heavy rainfall when the combined sewer overflows (CSOs) activate. This can have an impact on the quality of the nearby bathing waters.

The pumping station is very deep and prone to failure, maintenance access to the station is dangerous and difficult and so work needs to be done to improve the situation.

The proposed plans to develop Leales Yard and other sites in and around St Sampson and the Vale are likely to present an even greater demand on the existing sewerage system so this needs to be addressed.

Phase one of the project, the extension and upgrade of a pumped rising main was completed in May 2017, this enables the pumping station to handle greater flows, reducing the reliance on combined sewer outfalls (CSOs) to the north & south of the harbour entrance and therefore greatly reducing the risk of pollution in the area.

"In this area the geography of the island dictates the need to pump foul water to our BGWwC (Belle Greve Wastewater centre).  On occasions, particularly during heavy rainfall, the sewers become overloaded resulting in the need for the various CSOs to come into operation.  This is by no means ideal.  The investment we have made here reinforces the importance we place on our environment as well as our focus on longer term strategic improvements to the island's wastewater infrastructure," Mr Walker said.

Part of this first phase also included the installation of a HDPE (5m x 3m x 2.5m) tank under the Bulwer Avenue car park (opposite the Les Grandes Maisons Road junction) this will act as a storage tank during periods of heavy rainfall and is connected to the gravity sewer which flows to the BGWwC. 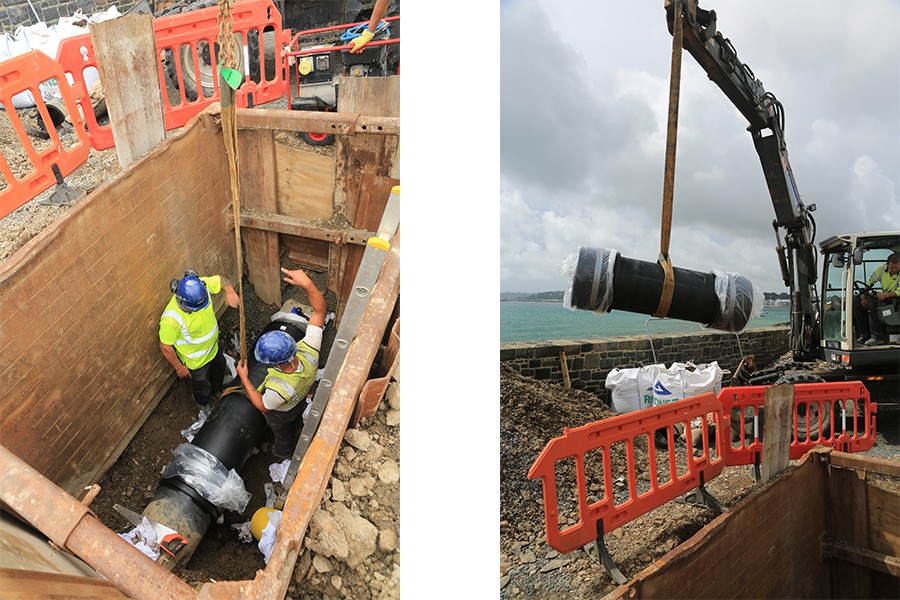 Phase two involved the replacement of 235m length of the sewer in Vale Road, increasing its size from 375mm diameter to 900mm diameter, as well as increasing storage capacity by installing 3 hydrogen sulphide resistant chambers. These works will help to prevent flooding in the area as a result of the greater flows that will be passed forward from the HSS pumping station.

This phase of works was hindered by difficult ground conditions and locations of other highly sensitive existing utilities, however, despite these setbacks and due to the cooperation of all parties involved, this phase was completed in March 2018 and has been operating satisfactorily since. 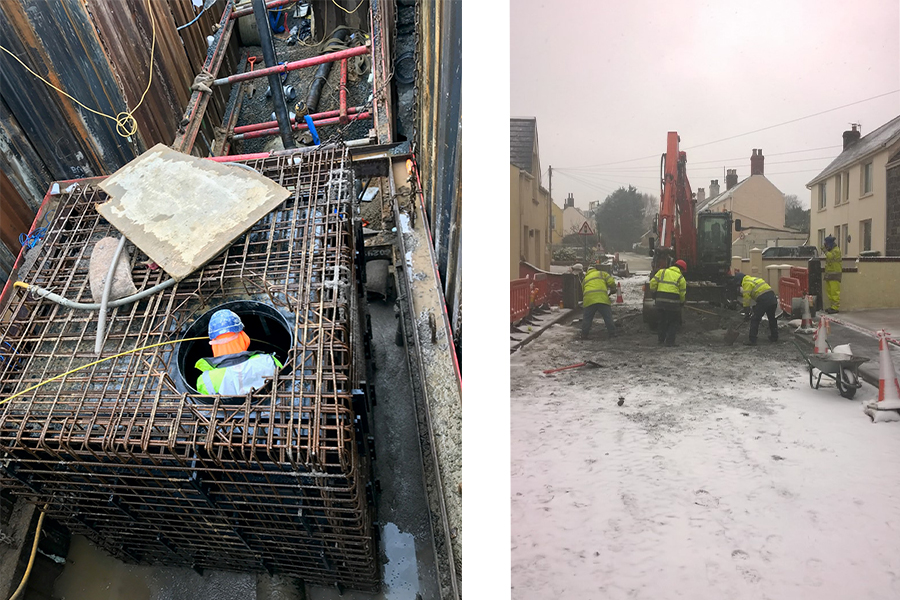 Phase three involved the installation of new and upgraded gravity sewers (length 475m, diameter 225mm-450mm) around La Hure Mare and Summerfield Roads, these were installed at a depth of up to 7 metres! This phase of the project has diverted flows from a very overloaded part of the network, which will reduce the risk of foul water flooding and also the frequency / volume of spills at the CSO's located at St Sampson Harbour. Part of this phase required the blasting and excavation of bedrock to ensure appropriate depth was reached for the sewer installation.

This work was completed in January 2019 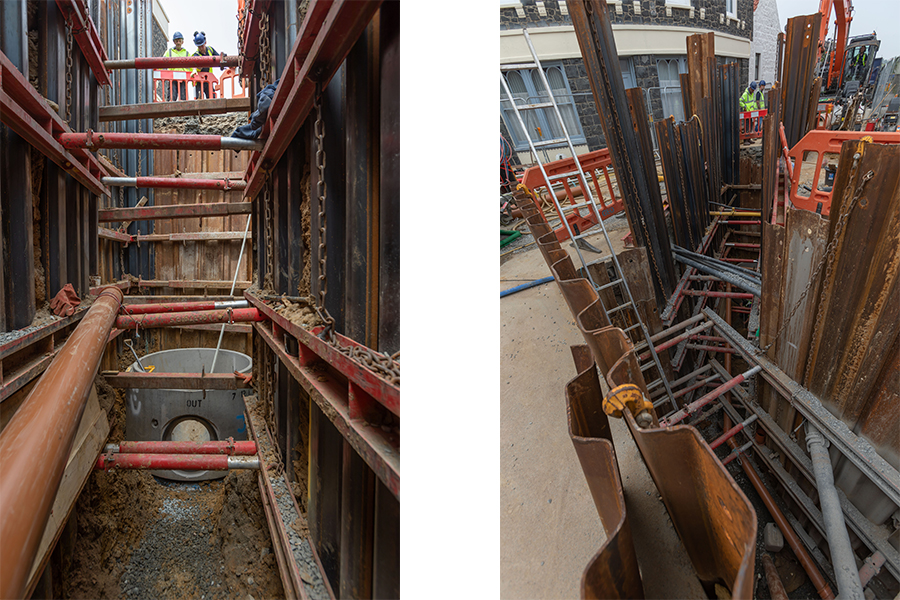 The fourth phase, completed in February 2020, involved the upgrading of the pumping station located at the Southern edge of St Sampson's Harbour which transfers sewer flows from large parts of the Vale & St Sampson parishes to the Belle Greve Wastewater Centre (BGWwC). The main items of this phase of works included: