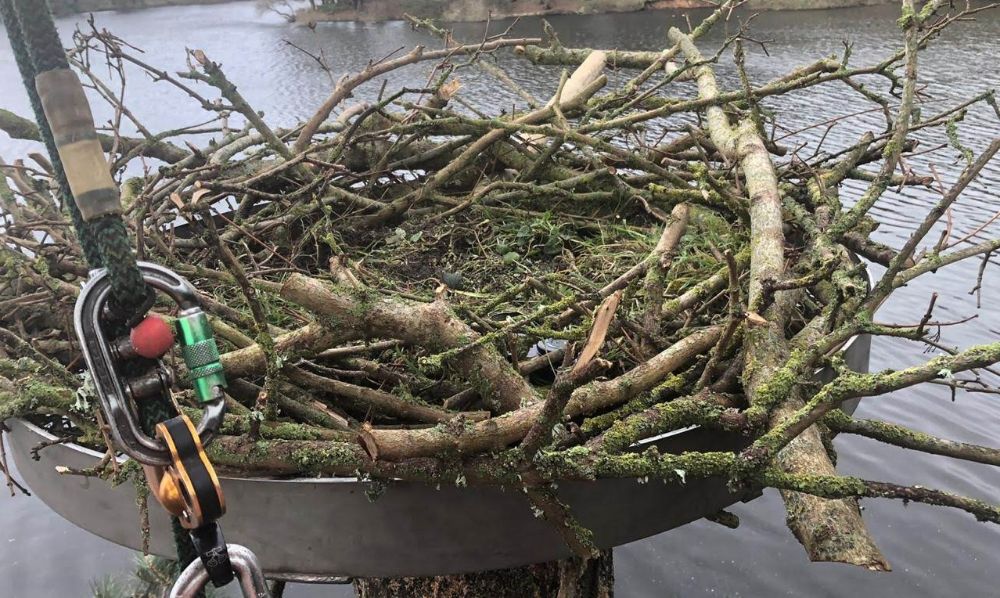 A collaboration between La Societe Guernesiaise and Guernsey Water has resulted in the installation of an osprey nesting platform at St Saviour's reservoir.

It is hoped that the platform will encourage any Ospreys passing through the island to establish breeding and consequently the formation of an Osprey population on Guernsey.

Although official records state Ospreys have been seen annually on Island during migration in spring and autumn since 2010, they are not known to have bred on island before. The birds have however been successfully breeding in England at sites such as Rutland Water Nature Reserve and Poole Harbour since 2001 following a reintroduction program.

The stainless steel structure was installed last week in a restricted area of the Millennium Walk at the top of a pine tree, a site that was approved by a visiting Osprey conservationist last year.