Between April and October 2015 Guernsey Water (GW) undertook work to replace the two sea outfalls through which the Island's wastewater is discharged into the Little Russel. These were the Long Sea Outfall  (LSO - the normal outfall through which the majority of flows discharge) and the Short Sea Outfall ( SSO - the outfall only used when the LSO is overloaded and the storm tank is full i.e. during heavy storm conditions).

This was broken down into two separate areas of work - the on-land work which involved laying two new pipes connecting the Belle Greve Wastewater Centre (BGWwC) to the new outfalls. This involved the removal of parking along the BGWwC access road for a period of approximately 3 months.

Also the construction of a chamber adjacent to the slipway to Belle Greve Bay, which is where the pipes from the BGWwC connect to the outfalls. This section of work was carried out by Geomarine, and is shown on the plan below : 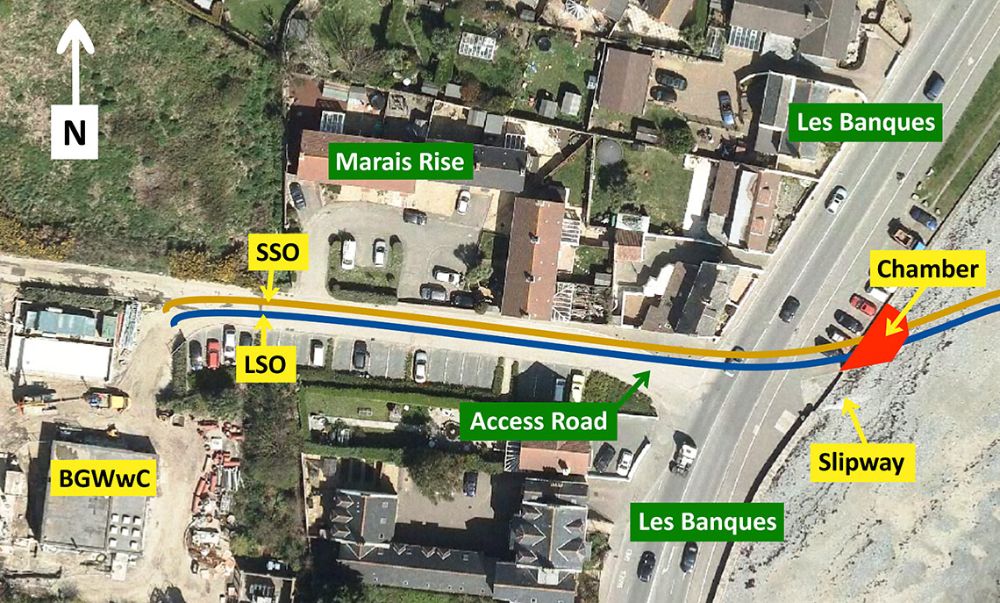 The second area of works, the marine works, involved dredging the seabed with a barge-mounted excavator, before lengths of pipe were shipped in from Norway. These pipes were then sunk into position before the excavations were backfilled. This section of work was carried out by Van Oord UK Ltd (as main contractor for the whole project), and is shown on the plan below. 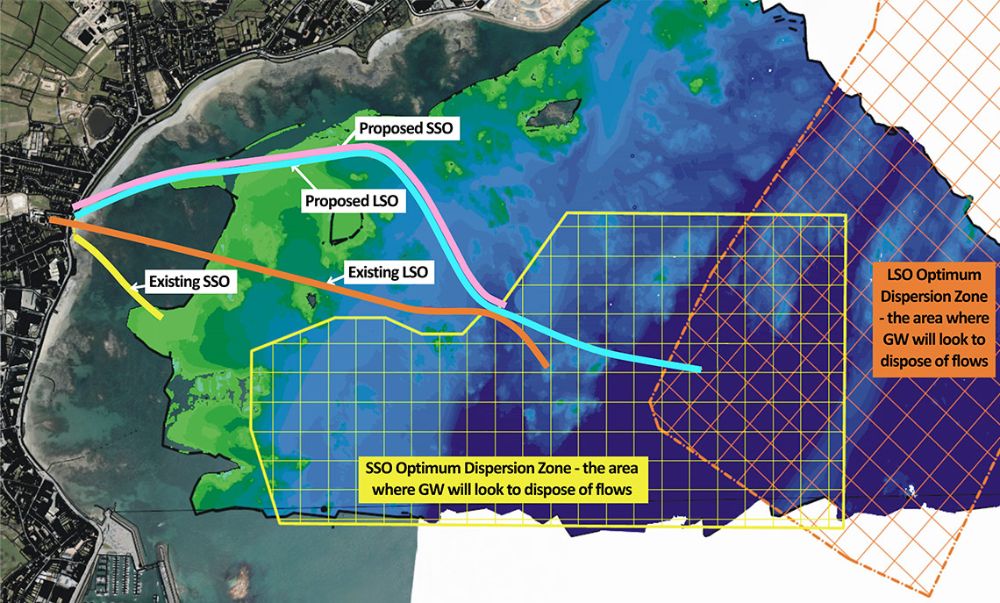 A survey of the outfalls in 2011 showed that the LSO was in a bad state of repair and could suffer catastrophic failure at any time, while the SSO was over a century old and in need of quick replacement. This project not only mitigated a potential failure, but also recognised that the new pipes required lengthening so that wastewater would be discharged into deeper and faster-flowing sections of the Little Russel.

This has allowed us to meet the long-term needs that will be required under future water quality legislation, at a lower cost than would be achievable if the works were undertaken retrospectively at a future date. It is also important to consider that the outfalls should have a lifespan of around 70 years, so it is vital that we make sure this investment creates a design that meet our needs now and in the future.

An Overview Of The Sea Outfall Renewal Project