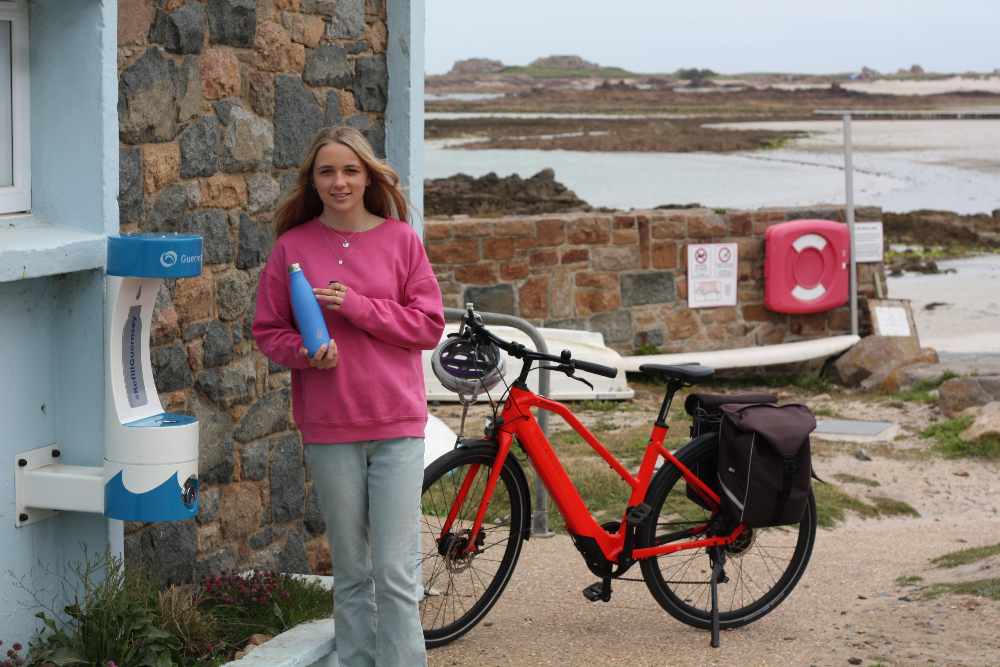 Ahead of the Rock to Rocque charity cycling event taking place on 29th May in aid of Les Bourgs Hospice, Guernsey Water has announced the opening of a new refill station which will be located at Cobo, roughly halfway along the event route.

Across the island there are now four permanent stations located at: The Liberation Monument, KGV, Millennium Walk and Cobo Bay. During times where larger public events are taking place, temporary stations are also installed on request where possible.

Margaret McGuinness, Guernsey Waters water quality risk manager, said: "The response so far to our refill stations has been really encouraging and we are so proud to be able to provide an alternative to single use plastic bottles of water, helping Guernsey to reduce its use of plastic."

Refill Guernsey was launched in 2018 as a joint initiative between Guernsey Water and Guernsey Waste, following a presentation to the States of Guernsey's Environment and Infrastructure Committee by Destiny Hollyer-Hill. It has 63 refill business supporters in Guernsey, managed by volunteers from Plastic Free Guernsey.

"The provision of these refill stations will negate the need for our participants to have to carry single use plastic bottles of water which is both beneficial and convenient for them and of course for the environment."

The Health Improvement Commission said: "Installing more free refill stations around the island is a positive move towards making drinking water more appealing and accessible. This mirrors the work that Early Years settings and Schools are doing, to make water the default option and provides another place for us to hydrate.

"Cobo is also a key part of the island, especially in the summer, for islanders and tourists to visit. Collective actions by local organisations, such as Guernsey Water, create the conditions which make a difference to the health of our community, so the Health Improvement Commission are very pleased to see this development."