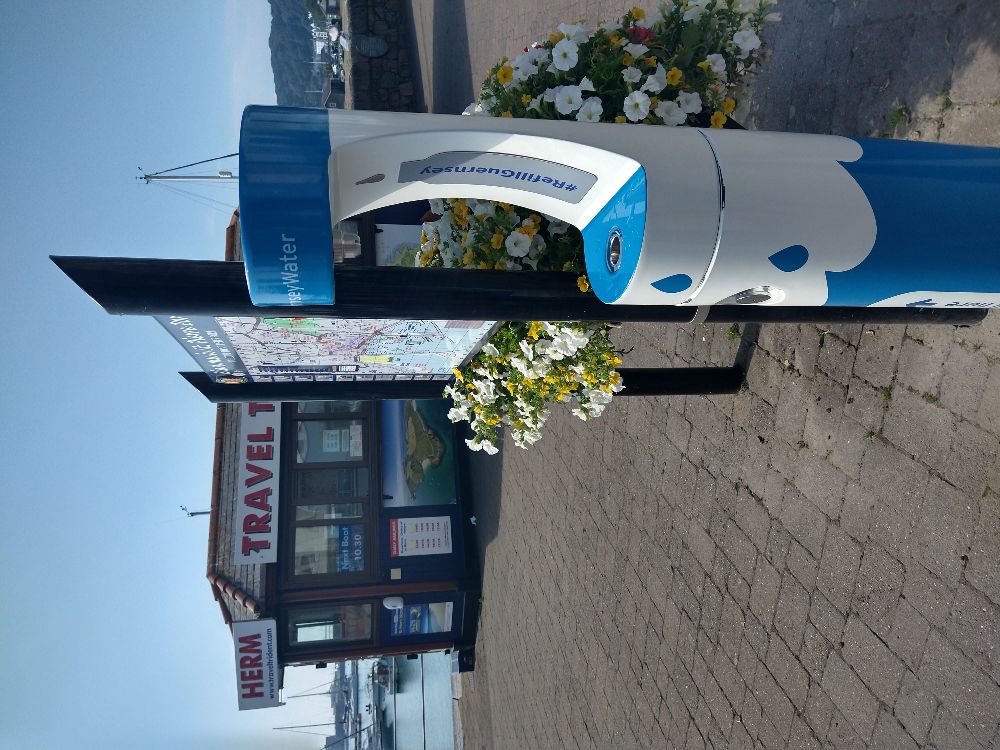 Guernsey Water's first permanent water refill station has hit its first milestone during its first six weeks of use, providing just shy of 1000 litres of water to Town workers and visitors. A fantastic success, by encouraging the use of reusable water bottles, this has saved the equivalent of up to 2000 500ml single-use water bottles from going to waste.

After planning permission was granted last year, the station was unveiled for use in June and is located near the Liberation Monument in St Peter Port. Further refill stations are planned in the near future - further helping the people of Guernsey to cut down on the use of single-use plastic.

Steve Langlois, Guernsey Water's Managing Director said: said: "This is a momentous occasion for our refill station, and we are so pleased at being able to help Guernsey reduce its use of plastic. Every year the world produces 381 million tonnes in plastic waste, so anything we can do to help reduce this is important. After only one month we hit the brilliant milestone of 589 litres, which has further increased to 1000 litres in the following two weeks. I look forward to seeing how many plastic bottles we can save from going to waste in the next month, year and decade." He continued: "The refill station will not only help prevent plastic waste, but also allow access to clean safe water for every member of the public at any time of the day. We look forward to introducing more refill stations for Islanders in the next few months."

Refill Guernsey was launched in 2018 and there are now 63 refill business supporters dotted across the Island. Islanders can pop in and fill up for free. The initiative is managed by volunteers from Plastic Free Guernsey and supported by both Guernsey Water and Guernsey Waste. Businesses are invited to participate and can sign up via https://refill.org.uk/partners/.

To download the app and locate your nearest refill point visit https://refill.org.uk/refill-guernsey.